Starting over with our first batch of broilers 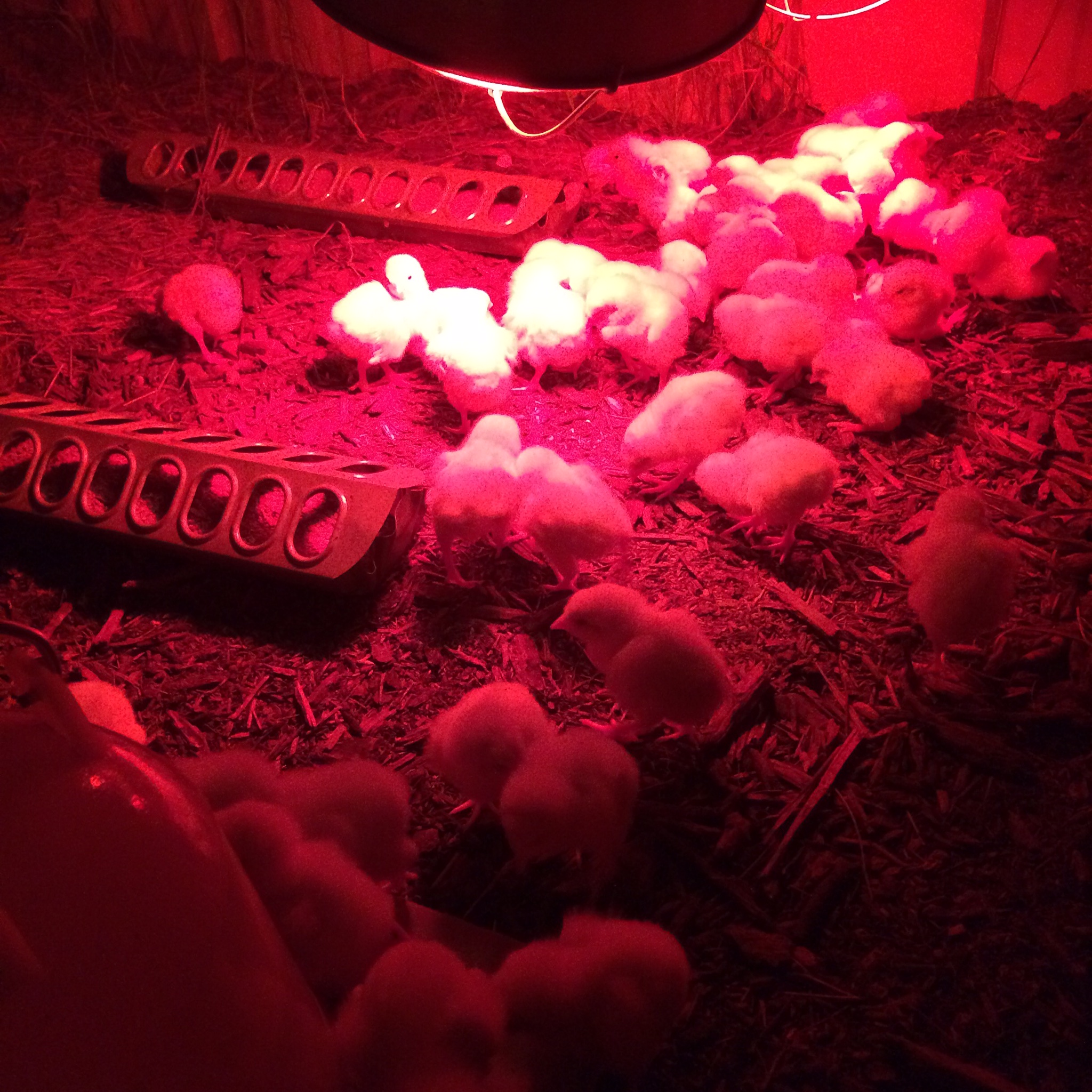 Last Tuesday we took delivery of our first batch of cornish-cross broilers. The family was excited to welcome these 50 little chicks to our farm.  We had never raised this many chicks at one time. The most we ever raised at one time was about 20. In the brooder, we had fresh water, non-GMO feed, good bedding and two heat lamps. Everything looked good as we watched the chicks get used to their new home.

Wednesday morning, I went out early to check them and found about 12 dead chicks. “What did we do wrong? Not enough heat? What?” For those of you who’ve been there, you know it’s hard to tell sometimes. I freshened up the water, added a little feed and hoped for the best.  I checked them again that night before bed, and all the chicks seemed happy with a few still looking a little sluggish.

Thursday morning, same story; another 12 or 13 dead. Man, that’s a hard pill to swallow. Again, we were asking the same questions, “what are we doing wrong here?” Then Brandon Bowers called to check on the birds (we bought the birds together with Bowers Farms in Pomaria, SC). I told him what happened, and he said the other two batches from the same shipment both had unusually high mortality rate. That made us feel a little better. Brandon agreed to call the hatchery and tell them what happened. They graciously offered us replacement chicks at no charge. So we gave our remaining chicks to Brandon to put with his batch, and we are getting 50 new birds this week.

Our first attempt at raising pastured poultry didn’t get started off on the right foot, but as Joel Salatin says “anything worth doing well is worth doing poorly first.”  We try again this week. We’ll keep you posted on our progress.

“Everyone should farm something.”

This site uses Akismet to reduce spam. Learn how your comment data is processed.